The five elements of food. 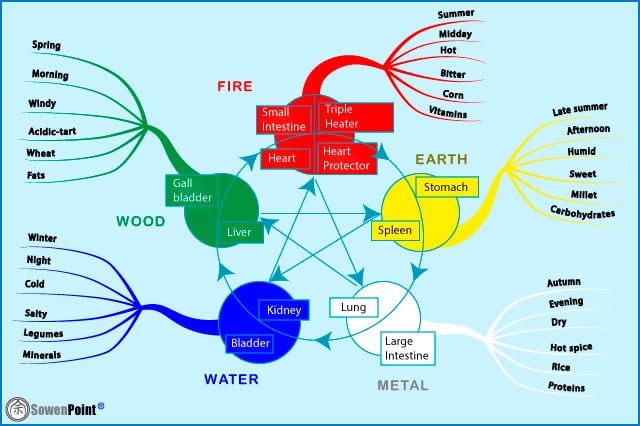 The five elements of food.

According to the Ancient Orientals, natural processes do not occur randomly, but in an orderly, evolutionary manner following phases or stages of energy: THE 5 PHASES OF ENERGY or the 5 elements.

Each element is represented by a symbol: Water, Wood, Fire, Earth and Metal.

This theory contemplates the fact that no phenomenon of nature remains static, everything changes continually at its own pace.

These changes or phases are the same for all natural phenomena, are cyclical and always go in the same direction. The only difference is in its rhythm, usually the more intense the phenomenon, the shorter its duration.

These cyclical transformations of Yin to Yang and Yang to Yin go through a series of phases, which are the 5 elements of Eastern philosophy.

This energy cycle is always repeated in the same direction and never in opposite directions. It is the “mother-child” law or the generative cycle: each element nourishes the next. In turn the child discharges energy to the mother without damaging her, stimulating her to recharge whilst discharging.

When an element is over-stimulated or overloaded, it becomes blocked and creates an energy deficiency in the antagonist (the grandchild): it is the law of the antagonists or ”grandparent-grandchild” law or control cycle. There is also a relationship between each organ and viscera of an element.

The relationship between elements occurs from organ to organ and from viscera to viscera.

Each element is stimulated and balanced with a flavor, a color and a type of energy. The foods of each element balance and stimulate the organ and the corresponding viscera, but an excess or a poor quality of these cause imbalance.

For example, a little salt activates the kidneys, but a lot of salt blocks them; a little lemon juice stimulates the liver and gallbladder, but too much causes an imbalance; a little good quality, raw oil balances and stimulates the liver and the gallbladder, but the same amount of used cooking oil disrupts them; carbohydrates stimulate the spleen and pancreas, but if they are refined, they block them. Mild spices like ginger stimulate the large intestine (metal) and digestive secretions, but a hot spice like chili pepper causes irritation.

The absorption and metabolism of nutrients is also related to each of the five elements, thus, to properly absorb and metabolize fats, the element wood (liver and gallbladder) must have the right energy; for salt and mineral salts it is the kidneys (water); for vitamins, the small intestine (fire); for carbohydrates, the pancreas and spleen (earth); and for proteins, the lungs and large intestine (metal). 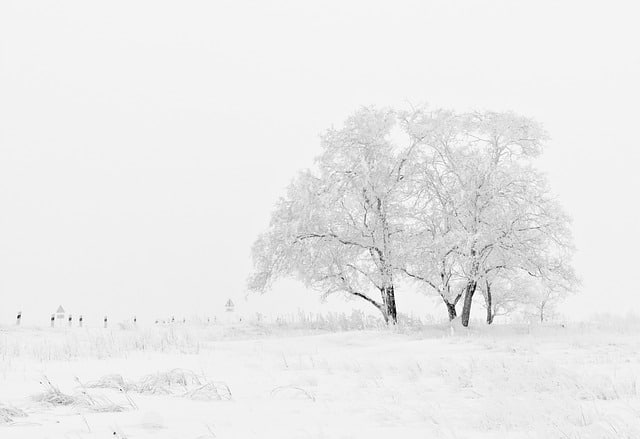 It is stimulated by salty flavors, bluish black colors, and is balanced with foods of very contractive energy that logically grow underground (roots). Algae, being water vegetables and because of its mineral salt content, is the “king” of this element.

As a cereal, buckwheat, originating in very cold areas. Also all legumes due to their power to germinate in the next stage (the spring), are suitable for this element, especially the azuki bean (whose shape and color resemble the kidneys).

The salty taste stimulates digestion, enhancing the flavor of food, initiating the flow of saliva and stomach juices. However, if it is used in excess, the other flavors are overcome and take the same taste.

If we abuse the salt, we need to add more and more or it to be able to taste it; that’s why salty foods are associated with cravings and binging.

The Wood element (liver and gallbladder).

It is stimulated by acidic tastes and the color green and is balanced by the foods that develop in spring, of ascending energy and expansive character. Green leaves (turnips, radishes and chard …), and their sprouts are very suitable foods for the liver. For the same reason the best time to eat germinated clusters is spring.

It is the flavor of lemons, yoghurt, tomatoes, vinegar and sour fruits. Like saltiness, in small amounts it stimulates digestion and enhances the flavor of food. It results in refreshing acidic compartments, but its excess increases thirst and can lead to fluid retention.

Acids stimulate bile secretions, so it helps to digest fats.

Tart tastes sharpen wit and intellect, but their excess can “sour the character”, producing resentment and envy. 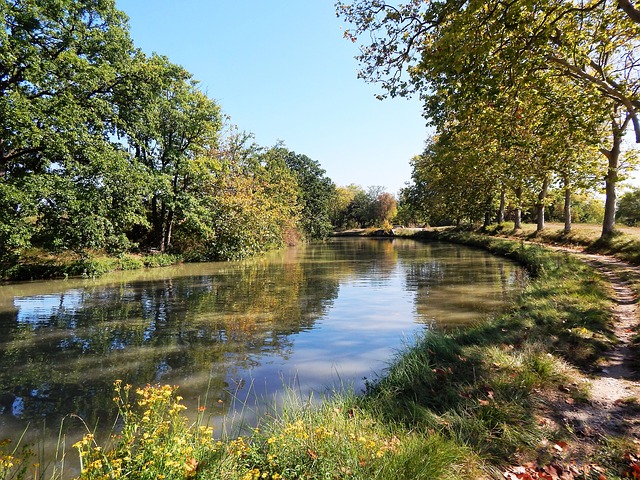 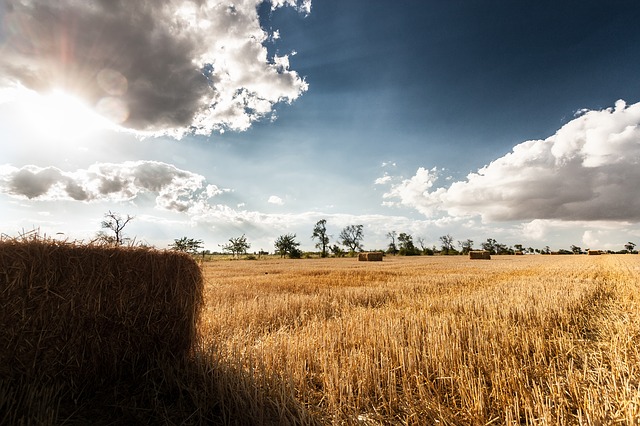 It is stimulated by bitter tastes and the color red, and is balanced by the foods that are harvested in summer and that are of a more expansive and refreshing character like fruit, lettuce, endive, curly endive, vegetable-fruits like the tomato, cucumber and zucchini and vegetable-yolks like artichokes.

Bitter is a toning taste. It neutralizes cravings for sweet, sour and spicy foods. Bitter stimulates the palate, but does not satisfy it, setting in motion slow digestion.

It tones the, helps eliminate toxins, and is refreshing in the event of fever, inflammation, heat or stinging.

In excess, bitter can lead to a lack of appetite, weight-loss, headaches, instability, dry skin and feeling weak.

The excess of bitter is associated with bitter feelings, great dissatisfaction and frustration.

The Earth element (stomach and spleen/pancreas).

It is stimulated by the soft, sweet taste and the color yellow and is balanced by foods with a more “harvest” energy, typical of the late summer like yellow squash, onion, cauliflower and all-the–year-round soft, sweet flavored vegetables of. As a cereal, millet (round in shape, and yellow in color). Millet together with pumpkin are the essential ingredients in the diets for diabetics.

It is the taste of sugar, honey, rice, onion, pumpkin, carrot, millet, sweet fruits, milk … Sweet is the most satisfying taste and is associated with more nutritious foods.

Sweet is sedating and relieves thirst. It calms an excited and restless mood.

In excess, it produces cold and heaviness; it dulls, making the mind dull and drowsy, leads to overweight and congestion and produces mucus. Out of sweetness comes complacency, greed, and emotional dependence. 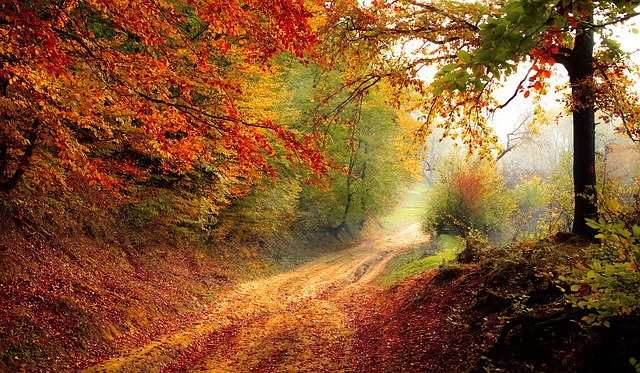 It is stimulated by spicy flavors, the color white and is balanced by foods with the concentrated energy of autumn (roots). Spicy and white turnips resonate most with this energy. As a cereal, rice.

It is the taste of hot peppers and chilies, ginger, turnips and radishes, garlic, onions and cayenne.

Spicy foods produce an immediate feeling of burning and thirst. They warm the body, stimulate the movement and the exit of fluids. Sweat, saliva, mucus, and blood begin to flow receiving a spicy taste. It also stimulates the removal of digestive fluids, and so boosts digestion. Drinking a ginger infusion before meals helps stimulate the laziest of stomachs.

Hot spice is descaling, it opens the tissues and cleanses them. It is very useful for bronchitis, asthma and sebaceous secretions of the skin.

In excess, the hot spice turns into pain: eating a chili causes swelling to the lips and eyes, burning of the skin and a hot sweat.

Hot spice stimulates and excites the body, but in excess it irritates it. Equally valid for emotions. Sharp humor is invigorating, but it can also be aggressive. Excitable and extroverted people already have a sharp inclination; if they exaggerate more, they become febrile.

CORRESPONDENCES OF THE 5 ELEMENTS

The information published on our blog is extracted from the Bibliography used for the development of the Sowen Point software. 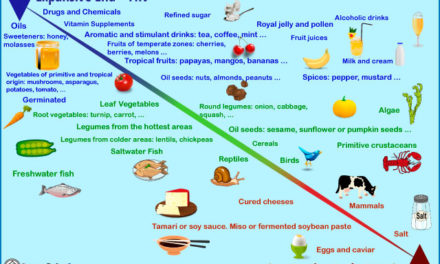 Classification of foods according to Eastern philosophy

The 5 elements and emotions 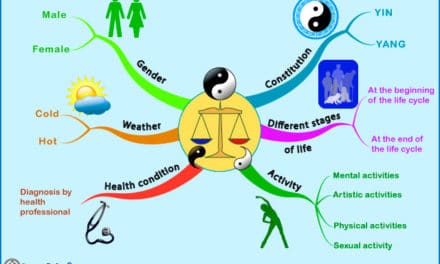 Choice of food according to constitution, activity, different stages of life, gender and climate